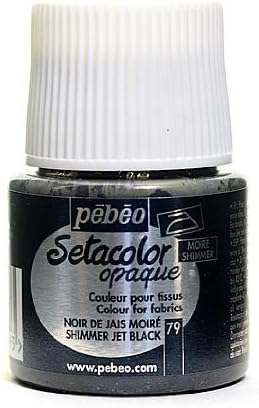 Pebeo Setacolor is a vivid line of fabric paints for apparel and home decor. Setacolor opaque colors are ideal for hand painting on cotton, velvet, blends, and all-natural fabrics. Your artwork will become permanent once heat set. Setacolor paints are colorfast and washable. Their opacity suits brush, stamp, and stencil applications on even the darkest fabrics.Some colors are available in a shimmer finish. These tints give off a subtle sparkle with the movement of light. Available in 45 ml bottles. Sold as PACK OF 3.